The Clarinet ensemble Prachatice - the Czech Clarinet Quartet, which was created on October 6, 2006 in the town of Prachatice in South Bohemia. It is a chamber music ensemble with a versatile repertoire. He has been on the music scene for more than eleven years. He has attended more than two hundred and fifty performances in many places in the Czech Republic and abroad (Sweden, Belgium, Croatia, Hungary, Germany, Austria, Slovakia, France, Poland) for more than eleven years of his music career. The members of the ensemble are clarinettists: Jan Hovorka, Petr Chalupský, Tomás Janoušek, Vít Neužil and singer Petra Sovová (Kůsová).

The Clarinet Ensemble Prachatice He holds twenty one gold and three silver awards from European music festivals (from the years 2011 - 2019): Czech Republic, Poland, Belgium, Slovakia, Hungary, Austria), Title 1.Laureate Festval Kultur-Karavan and Title 2.Laureate of the FestArt Festival (Austria). He also attended the Wind of Music festival in Jönköping (2009 and 2010) and the Deutsches Musikfest 2013 International Festival. In 2013, he participated in the Neerpelt Youth Festival (Belgium), the 2014 Madras Festival in Balaton-Renesain, and performed several times on international (Czech Republic), Culture Caravan (Poland), International Youth Music Festival and Slovak Cantat, Bratislava Cantat (Slovakia), and many others. The ensemble performed in countries such as Croatia, Italy, Germany, San Marino, France, Hungary, Poland, Slovakia, Austria. In the Czech Republic, he won the Audience Award as the most successful ensemble of the 2009 Chamber Charts Show in Nové Hrady. He then started a remarkable and successful career in professional music. He regularly attends vernissage of visual artists, initiates significant events and musically illustrates these events, concerts for the public. Interprets the compositions of classicism, romanticism, baroque, 20th century music as well as adaptations of film and musical music, jazz, popular songs, hits. Everything in its own adjustments and arrangements. Until early and unexpected death, he worked with Prachatice music composer and pedagogue František Jančík (1926-2018). His compositions and adaptations continue to interpret. He has six music CDs on his account. An important part is concert and artistic activity for the public, which is very intensive and happy to meet with its listeners and supporters. 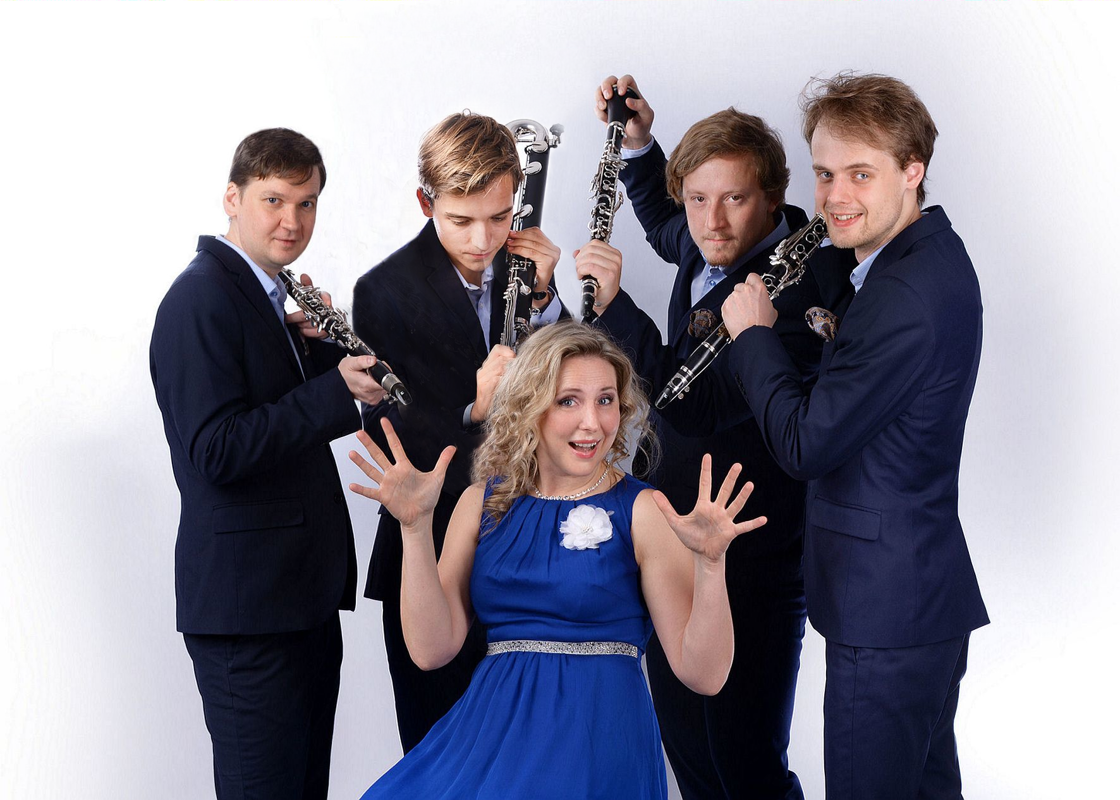 The Repertoire of the Prachatice Clarinet Ensemble has its own musical history, but also the current present. We are not focusing on any particular musical period - our business card is versatility. This is evidenced by the following description of our musical production. In the repertoire, you can find adaptations of film and musical music, hit songs, classic music, romanticism, baroque, swing period, jazz, modern 20th century music, popular music, dance styles and genres, from blues, foxtrot, ragtim through boogy woogy , walz, dance, samba, etc. There are also thematic tunes suitable for Christmas time (Christmas songs and carols) or compositions adapted to the production, which appropriately illustrate the atmosphere of exhibitions, vernissages and celebrations and concerts.

Editing and arranging tracks are therefore original and do not copy cheap online versions and edits that are freely downloadable. Originality and sound diversity are based on the original creation of the edits we create ourselves. Of course, the clarinet ensemble Prachatice also has compositions that are written especially for him. An example is cooperation with music composer František Jančík, who has been enriching our broad and unlimited repoer for years. We are also able to accommodate compositions according to individual needs and wishes. We believe you will choose your own repertoire. Here's a complete list of all of our tracks that we currently produce. More information 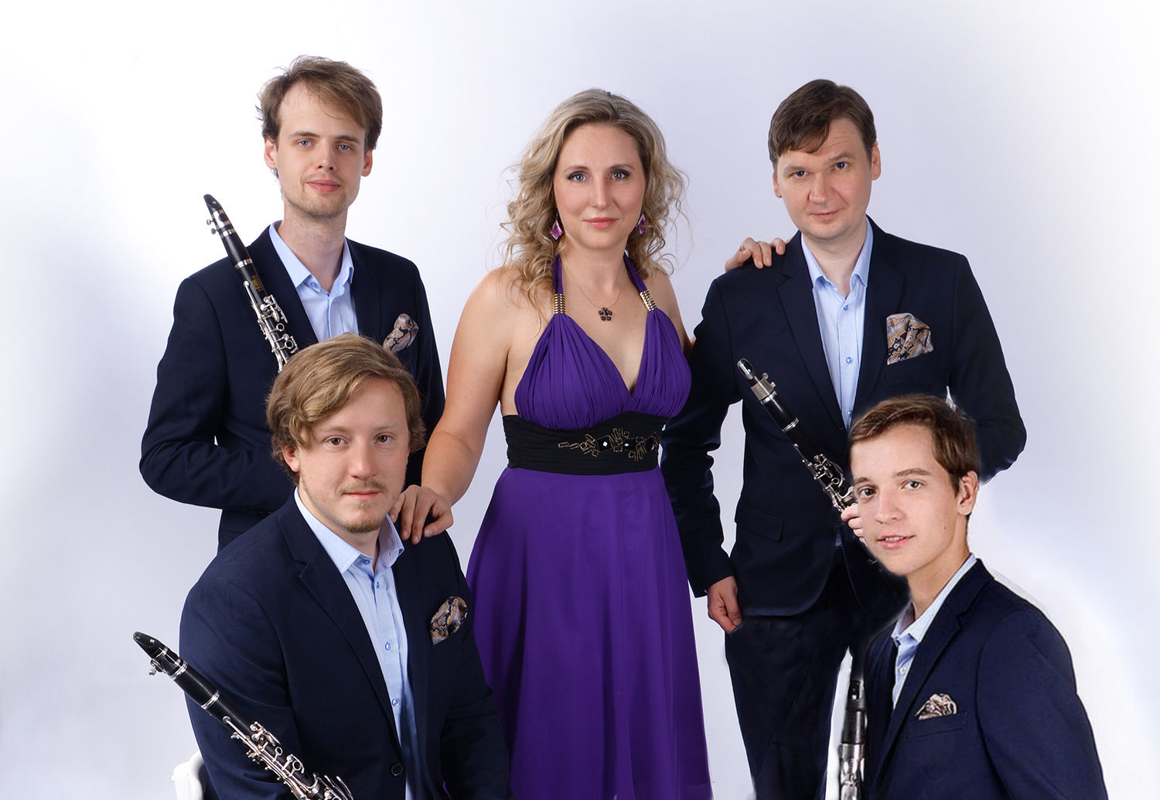 An overview of the complete discography of the Clarinet ensemble Prachatice from 2006 - 2018. / For more information on individual titles click on the picture. 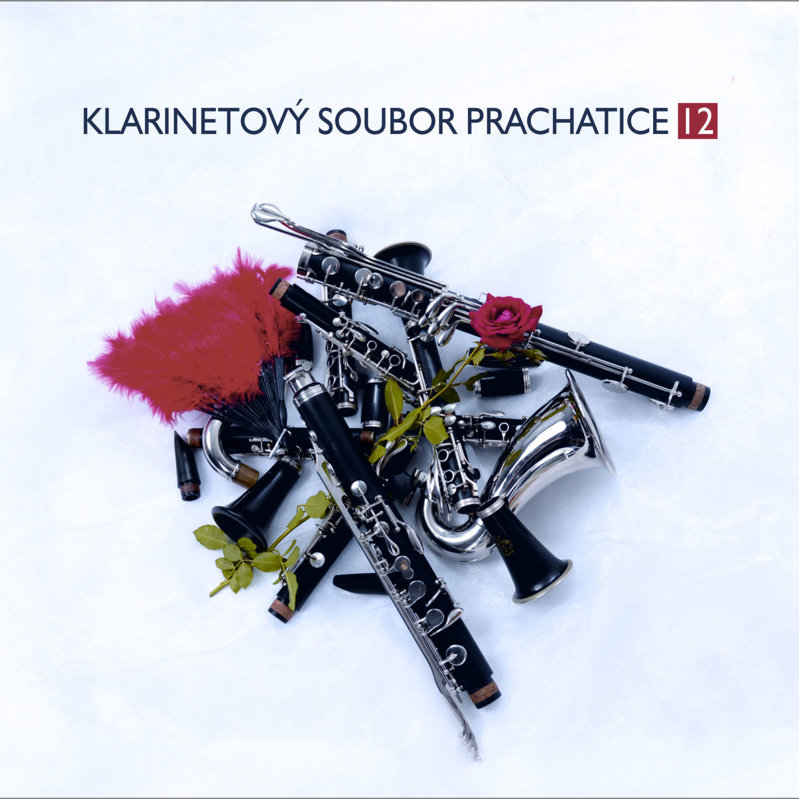 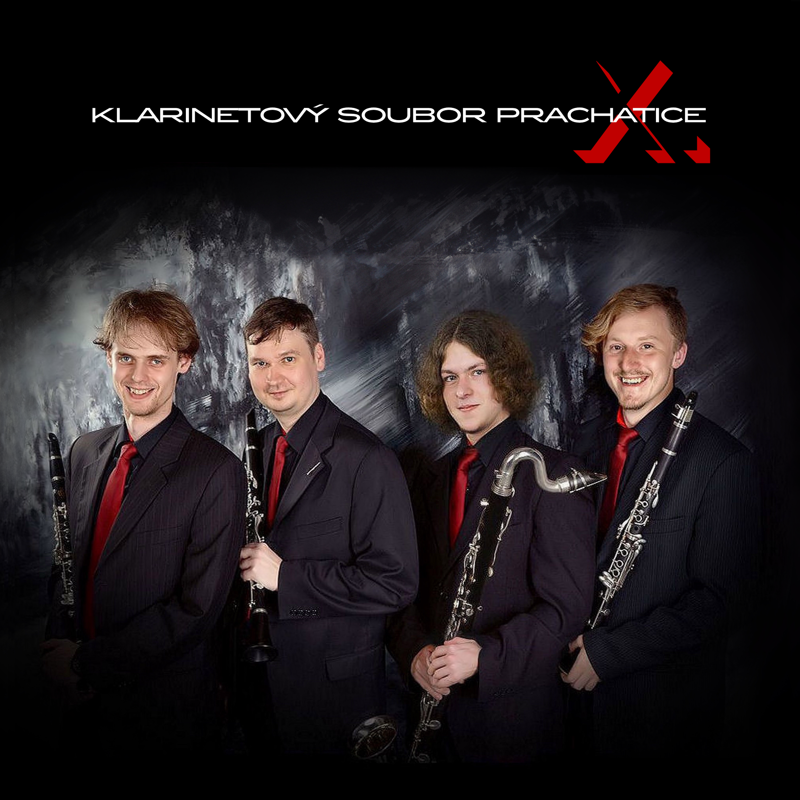 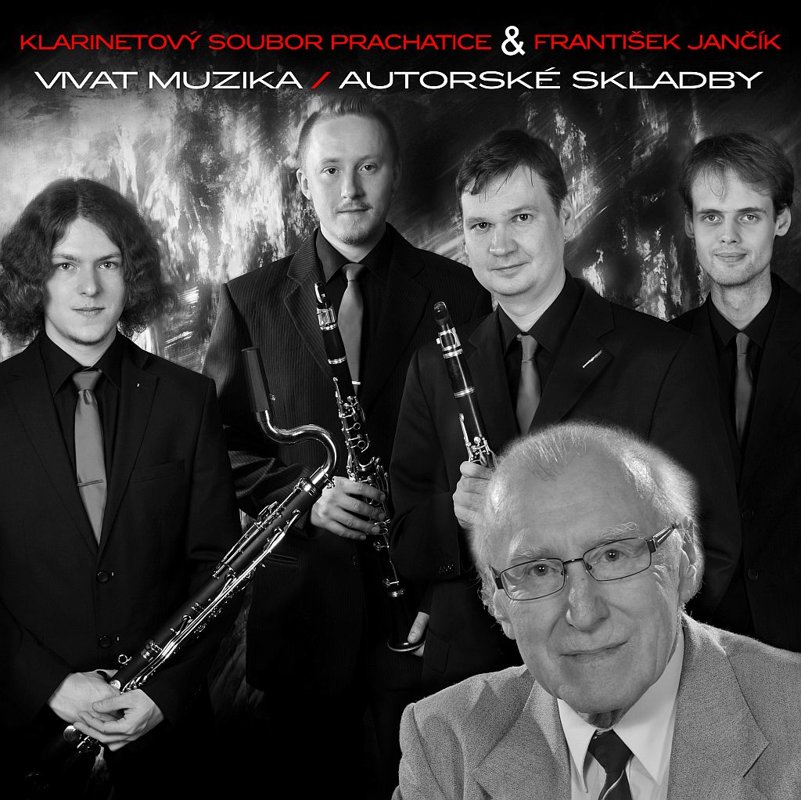 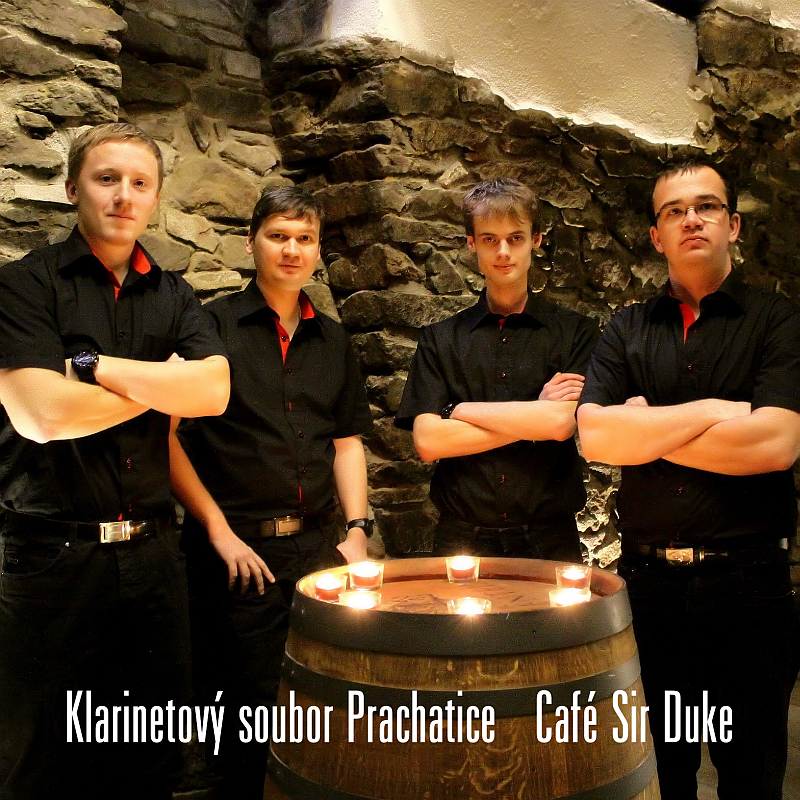 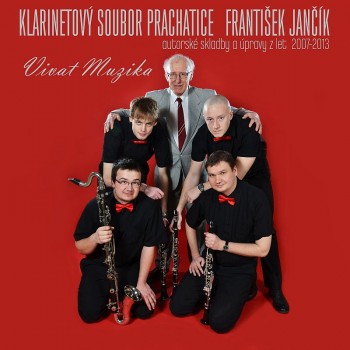 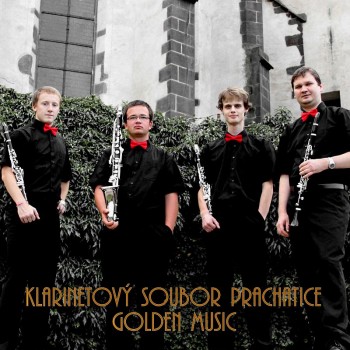 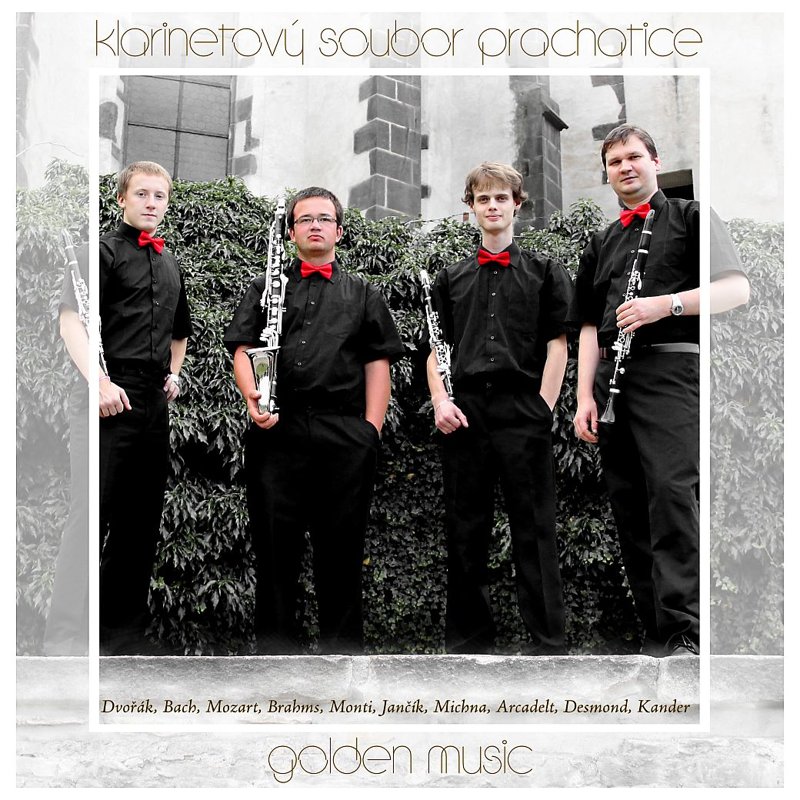 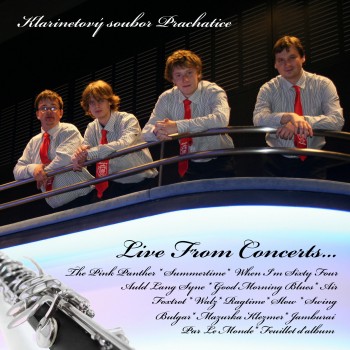 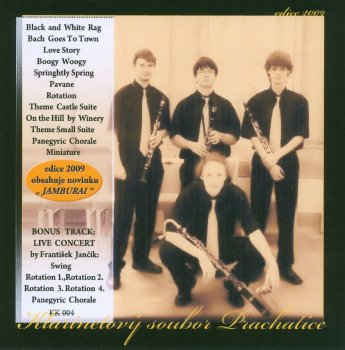 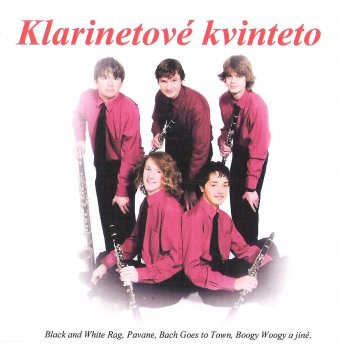 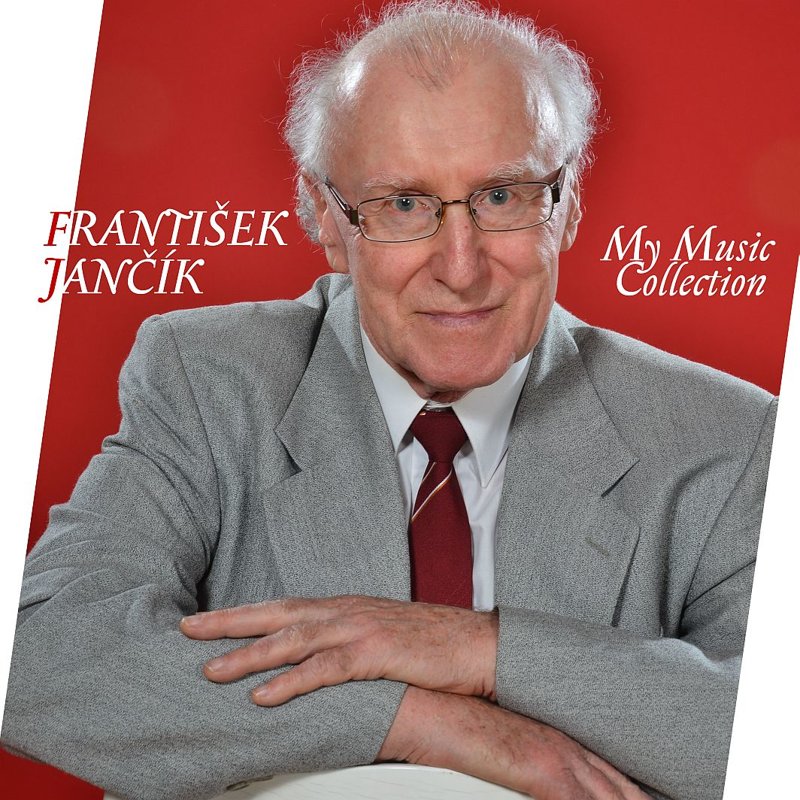 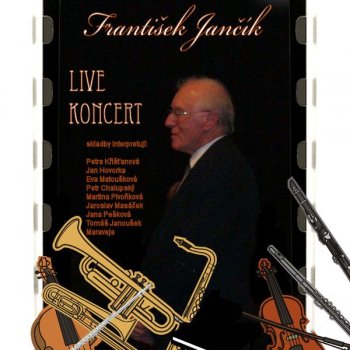